Woodworking for the handy, and not so handy

As diverse a species as homo sapiens appears to be, we share many elements that transcend the superficial components that seem to be so divisive. There are some common denominators and one of those is our gait.

According to Wikipedia: Human gait refers to locomotion achieved through the movement of human limbs. Human gait is defined as bipedal, biphasic forward propulsion of center of gravity of the human body, in which there are alternate sinuous movements of different segments of the body with least expenditure of energy. Different gait patterns are characterized by differences in limb movement patterns, overall velocity, forces, kinetic and potential energy cycles, and changes in the contact with the surface (ground, floor, stairs, etc.).

There are always anomalies, certain conditions that lie outside the parameters of the human components we share. But on average, we must plan the man-made physical structures around us to accommodate the majority of us in order to include the largest number of our kind. So, for instance, door openings are the height and width they are, based on our average heights and widths.

As for stairs, the rise and run combination is important. If outside certain parameters, stairs are simply uncomfortable and thus unsafe to use at any speed. Many years ago, when I was just a puppy carpenter, I had the great fortune to have the opportunity to work for a couple of special craftsmen.

One was union carpenter that went through the then rigorous American apprenticeship, journeyman and eventually master regime. The other was a classically trained English Master Carpenter the qualification for which include:

I learned more from these two guys than I can say but only scratched the surface of their skills. One thing they both touted was the Rule of 75. That is when one multiplies the run times the rise of a staircase, the answer should be close to 75, as in a 10” run x a 7-1/2” rise equals 75. Depending on the look desired or space available these numbers expand or contract to match a comfortable human gait.

In the front of a large public building, for example, the stairs need to be big and bold. The rise then would be relatively small, say 3” and the run would have to expand to 25” to keep the humans using them from tripping. The opposite is true if the space is small and the stairs must rise quickly (short of being a ladder!). As we walk, or climb or descend staircases, our brains automatically maintain what they feel is a “normal” or safe gait and if the stairs under our feet do not calculate correctly, we stumble. Then we are forced to look downward to manipulate the new, uncertain terrain.

I will refrain from attempting to demonstrate this graphically as that would consume far too much of my valuable time (or I cannot figure out how to depict it).

So, as you move (or climb) through the world, bring a small measuring tape and test this premise on the well thought out staircases you encounter.

I think you’ll find that except in the cases where available space was an issue, they will all come close to the Rule of 75. The ones you do not trip on, that is!

Can’t find what you are looking for?
Give us a call — we carry a wide variety of lumber and wood products that are not listed on our websitesite.
Contractor Sales:   510 437-1185 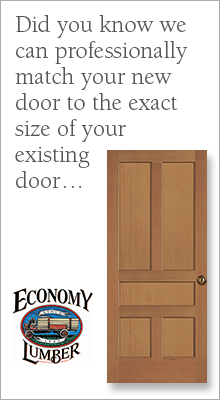